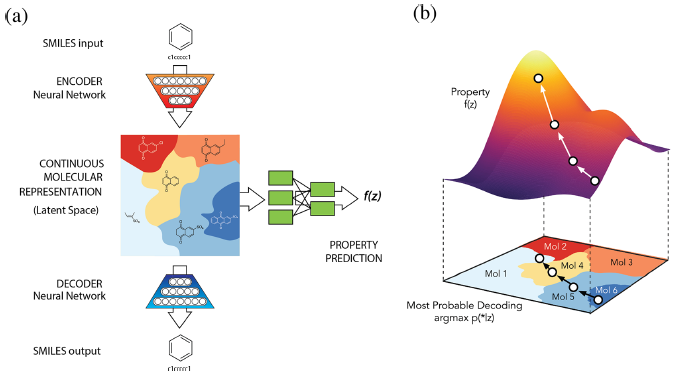 When building deep learning architecture, the above statement strongly highlights the key concept of implementing deep learning architecture. Especially, phrase “match the desired properties” can be understood as teaching, imposing a constraint, or regularization in several learning algorithm. For instance, GAN attempts to impose regularization by introducing Discriminator & Generator on the purpose of setting, and derivatives of Autoencoder predict a certain property by attaching MLP from latent space to get new datum with desired properties. Following takeaway outlines what I will illustrate in series with respect to generative models.

As Ian Goodfellow (NIPS 2014, and 2016 tutorial) demonstrates that maximizing Maximum Likelihood Estimates is equivalent to minimizing KL divergence between data generating distribution and the model and introduces Nash equilibrium, which verifies the unbiasness of GAN. On top of that, Generating a datum via Variational Autoencoder while simultaneously predicing property can be regarded as optimization with constraint. whether explicitily represent a probability distribution or not derives the fundamental difference between these two generative models(GAN & Variational Autoencoder). 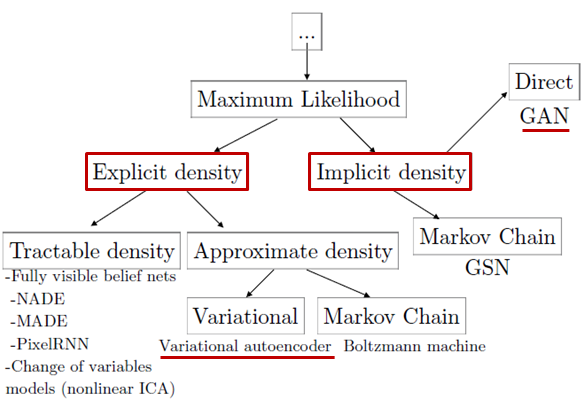 Although the way of approach is different, convergence of disciplines such as Economcis, Industrial Engineering, Statistics, and Computer Science has appeared and they share the goal of implementing natural “regularization”.

As for the widley known argloithm, foramts of regularization can be categorized into 2 folds: Game(Adversarial) and Predict property simultaneously(Constraint). By starting from the perspective of Autoencoder, I made 3 overlapping diagrams where “Adversarial” and “Constraint” lie on the domain of “regularization”. 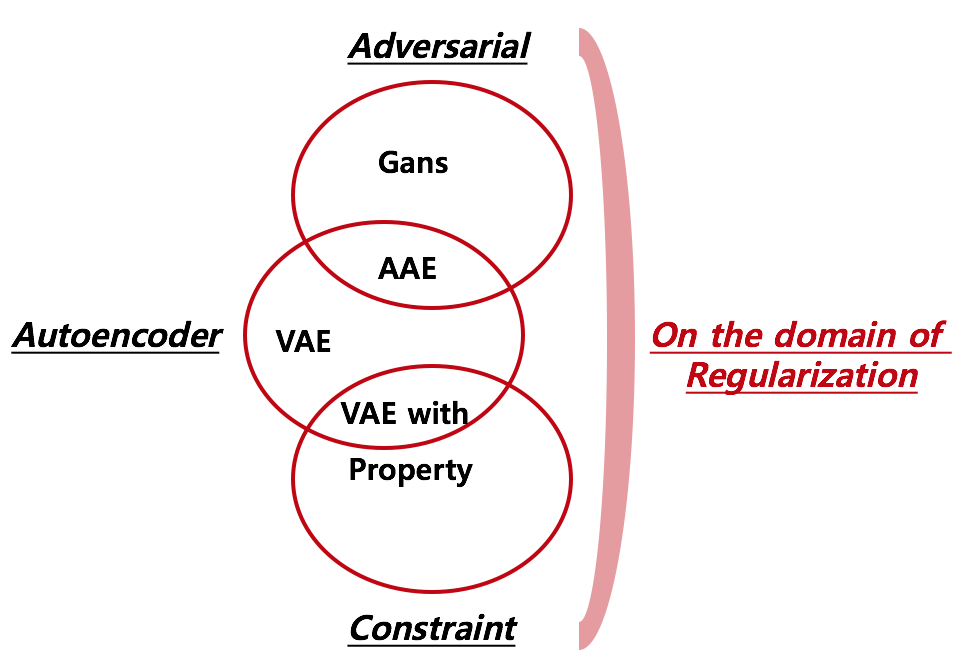 Below picture is combination of figures from different papers. Red box indicated in derivatives of autoencoder denotes different substructure across derivatives. 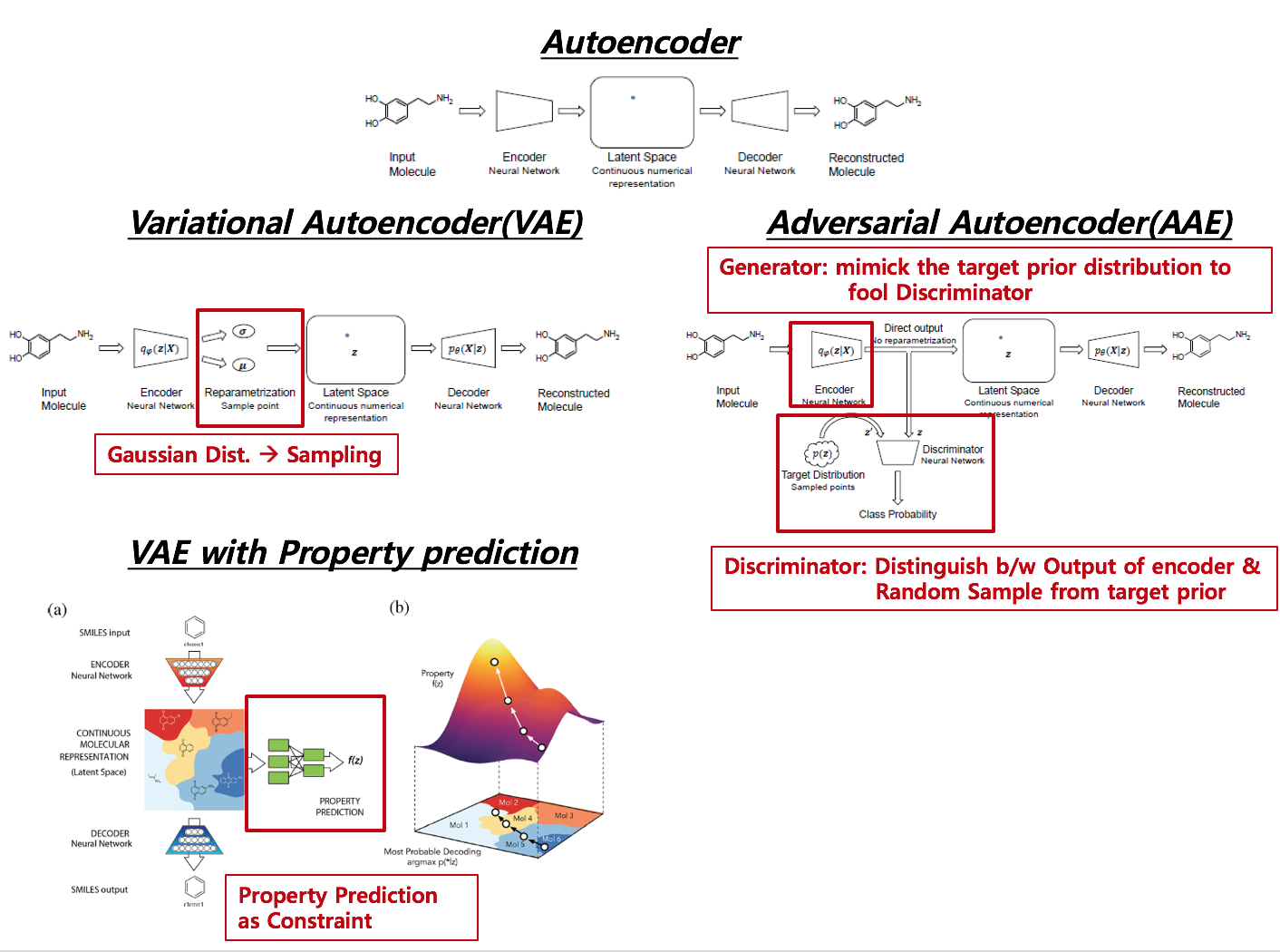 In terms of regularizing the encoder posterior to match a pre-assumed prior, VAE with property and Adversarial autoencoder are on the same domain.

Specifically, Discriminator and Generator loss can be implemented like following

In this post, I will use data from Tox21 data and the input will be SMILES code, which is mainly used for chemical design and molecular property prediction. Data pre-processing and specific model illustration is described below ( reference: T Blaschke etal 2017 ). 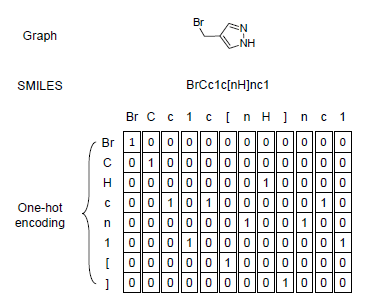 3. Implementation of VAE with Proprty 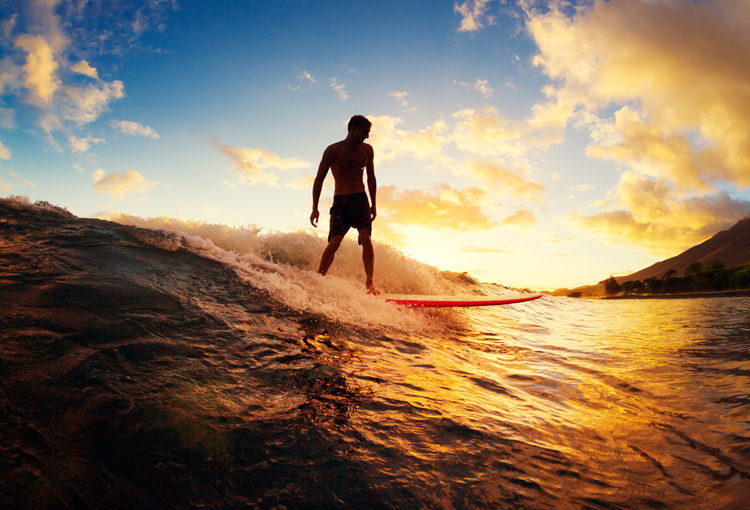